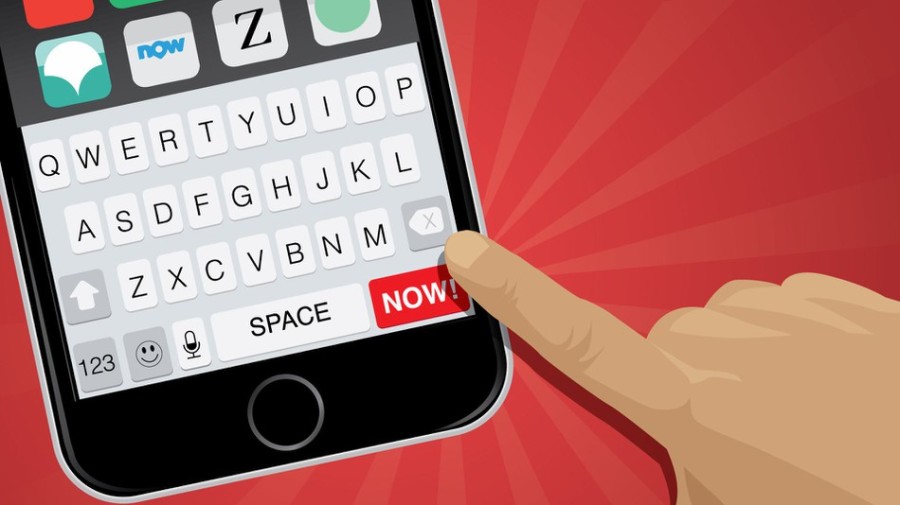 May 1, 2018May 1, 2018 Author by Vineeth PalaniPosted in Economy, Sustainability

Consumerism and globalization have genuinely been a deadly dynamic duo. It helped pull millions of people out of poverty, improved access to education, better health services and information of all sorts. However, along with all the shared goodness, an open world also meant shared illness. I am not talking about fake media or divisive ideologies, but our attitude. Let us see how our attitude has fundamentally changed by looking through various lenses.

Like in an Age of Empires game, let us also start with farmers. Farming is an industry that inherently bred the need for patience. By nature, everything takes its own time to grow and develop. Other industries and social structures connected to farming absorbed this discipline. Homemakers prepared food from scratch. Religions taught the importance of patience and perseverance. This need for patience at the foot of the economic pyramid translated to long-term visions and goals at the top. The governments and corporates made 5-10-year plans. When things take time, the period of risk exposure also increases. To mitigate the risk, we need clarity on how the success should look and a realistic plan to accomplish it.

Rapid industrialization saw the rise of burgeoning middle class and the demand for goods and services. The rising demand pushed every sector of the society to make more in less time. Consumerism was on the rise. Homemakers ditched preparing food from scratch and went for ready-made food items. Farmers, who now wanted to grow more food faster to supply the CPG corporations, ditched the course of nature and went for shortcuts – fertilizers and pesticides. Westernization and pop culture took the trend across the world. With faster consumption and production came a faster lifestyle. Governments and Corporations redefined their long-term targets for 1-2 years. When things change so fast, agility is required more than quality. As the short-term effort minimized the risks, it encouraged risk aversion and spontaneity.

Democracy, in its various forms, allows in theory, a constant change in the leadership. Among the older democracies, it has become a trend that the power oscillates between two consolidated groups. Both the sides of the aisle, along with the media channels that they control, fight over winning the popular sentiments to win the next big election. There is always some big election coming up. Politicians make statements, policies and make legislation just as a tactic to win over a segment of people in the short term. All this at the cost of tax payer’s money. In the long term, we see massive budget deficits.

There are merely some exceptions in the world where the government has a focus on long-term plans. However, in such cases, the government is either single party or authoritarian. Does that mean that change in government administration is inherently bad for long-term development?

In the long term, we all die. However, the definition of “long-term” itself has changed since the time Keynes was around. As we have seen in the social changes, long-term is now defined as 1-2 years depending on the industry. Ability to raise money through a share offering is one of the greatest strengths of capitalist economies. However, it also led to the creation of speculative share market. Short term betting has resulted in the bubbles and bursts over the last decade. The after effects of these bubbles and bursts were immediately felt and did not wait for the perpetrators to die. It was quite painful for everyone.

After the 2008 crisis, markets played safe for a while with index funds. But now, they are back to the risky short-term bets. Yes, this is a free market, and every participant has the right to do what they wish to under the framework of regulations. No one can say whether betting on a long-term could be good or bad. No one has that crystal ball, but the “I am here to make a quick buck” attitude may not be good in the long term. In addition to this, we also saw how executives manipulated accounting to show profits when there weren’t any (and vice versa), just to please the shareholders. Such actions have had severe consequences on market confidence.

Consumerism pushed for more production and consumption of more natural resources. Consequently, groundwater and air were polluted, global warming became more real, species went from endangered to extinct, and communities were exploited. Well, we won’t have any consumers to buy all the stuff we make tomorrow if they are all sick or dead.

As we have seen from the case of the Syrian war, an environment-related phenomenon such as drought can aggravate any political resentments and blow it out of proportions. In case of Syria, inability to access quality life exposed the economic divide, corruption, and hypocrisy in its society, resulting in a civil war. Such political movements resulting from an environmental disaster will continue to rise as the global warming has threatened stark variations in climatic patterns across the globe.

The advent of the internet, smartphone and cloud computing made the service accessibility and scalability possible even faster than it used to be. Now, products and services are just a touch of a button away. The Age of Instant Gratification had begun. The companies and service providers break their backs to compete and deliver services as fast as they can, transforming us into spoiled cry-babies from Charlie and the Chocolate Factory. The services, even “social” media, are designed to glorify individuals rather than collective good.

The short-termism has also influenced human interactions. To understand more, just look at the relationships on social media. It is all about self-promotion. The risk aversion that came with short-termism has made us reluctant to form committed relationships. In most cases, the point is to create an illusion of relationship – like at the networking events or Tinder dates or friends with benefits or one-night stands. However, not everything can be instant. Nature takes its course and time. Like success for example. There is no recipe for immediate success. It is always a culminated result of hard work for years. Inability to get instant success, when almost everything else is instant, results in depression.

Sustainability and Future of Humanity

Yes, our world is far better than it was 100 years ago. Part of the success goes to globalization and consumerism. We cannot write-off all the changes in social, economic, political, environmental and personal realms as the cost of human progress. We can’t have rewards with no risks and payouts with no cost. If we don’t pay for it in our lifetime, our children will.

I am not saying that we should go back to bronze age. We should not disregard the merits of long-term planning and vision. Patience is not ancient Asian philosophy. Patience is about having clarity, vision, and the drive to see it through. We need to learn to grow things with patience and regain the wisdom of the farmers. No one likes austerity. However, studies have shown that delayed gratification results in increased the happiness and satisfaction. Patience pays off.

I am calling for a change in our attitude towards how we look at the world. Sustainability in all terms will only be possible if we can foresee the future and plan for long term. Yes, we need agility to mitigate risks and sudden changes in the environment, but we also need a stronger and clearer drive towards a long-term goal with a well-planned strategy to accomplish it. Not just for us, but for the future of humanity.

Vineeth Palani is an engineer and an MBA graduate from Schulich School of Business, Toronto. He believes that the world is interconnected more than any time in the history of mankind and that a flap of a butterfly wing in China can create a hurricane in Florida. So it is imperative that we keep ourselves updated with latest happenings across the world to run successful businesses. He also believes in listening to both sides of an argument. His articles aim to give the reader a view of both the sides and try to align them towards the centre. View all posts by Vineeth Palani